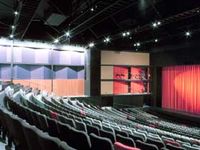 Mecha Mecha at the Brolga Theatre

We're pleased to announce we're excited and grateful to be apart of this fantastic cause. Working cohesively with Jump Start Foundation, we'll be running a fundraiser event held at the Brolga Theatre, Maryborough, run by the venue's management team. All funds raised will be handed to Jump Start, so that the donations will be distributed accordingly. If the horrific reports of destruction and chaos Cyclone Pam has caused in Isangel, Tanna Island Vanuatu has somehow eluded your knowledge at this point, then now is a fantastic opportunity to donate to the revival of valuable, volunteer built, community utilities destroyed by the cyclone. Libraries and schools will be inactive for up to a year while they're reconstructed, unless the repair of these facilities is acted on by an external force, of which you can be apart of.

Jump Start Foundation is a non-for-profit organisation who partners with local communities affected by terrible circumstances, to raise funds for those who are rendered vulnerable in times of need. By supporting their Tanna community, you'll be donating funds directly to the revival of literature based resources, their school, and their community in Isangal.